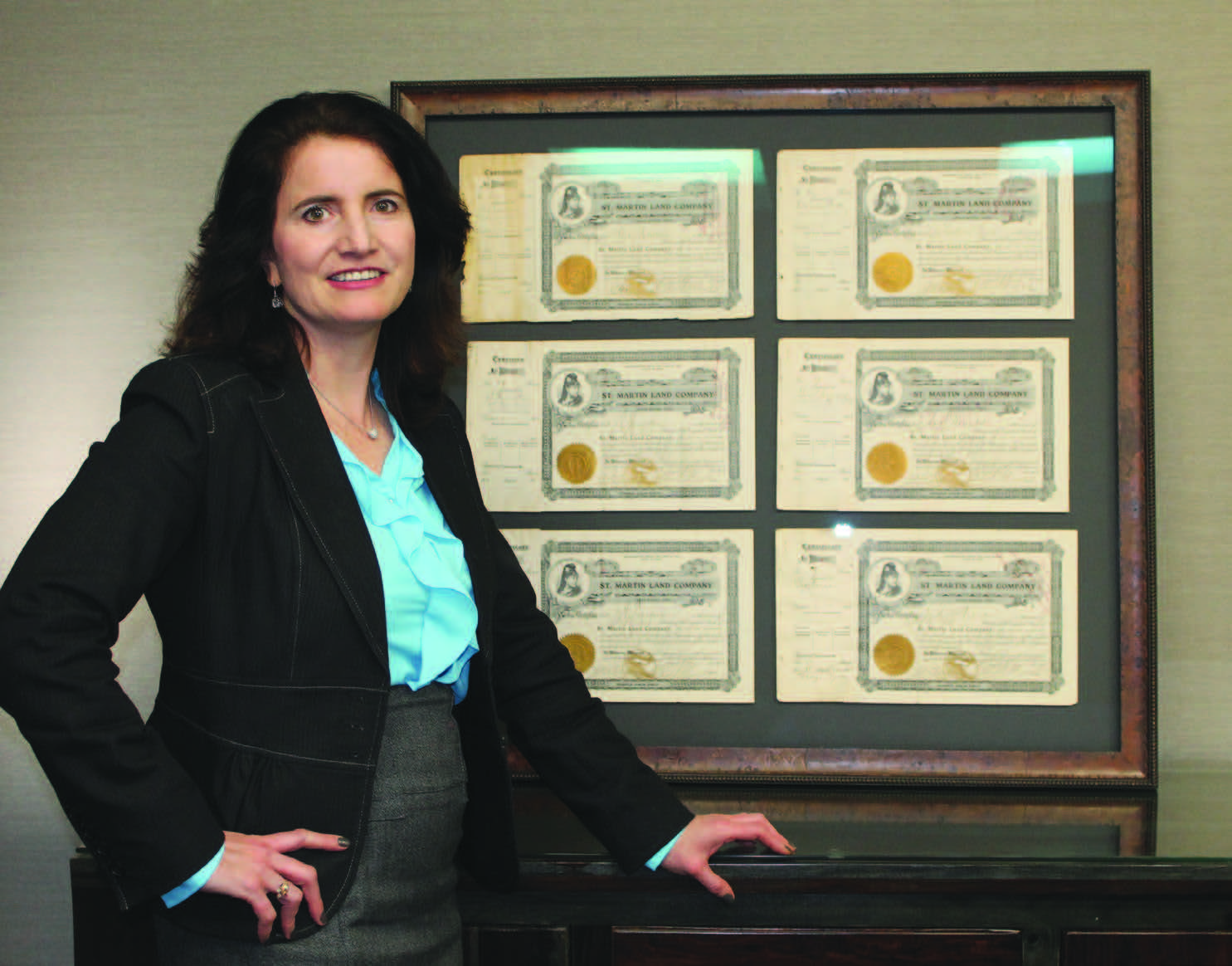 By Dave DeWitte
dave@corridorbusiness.com
CEDAR RAPIDS—The fact that St. Martin Land Company has prospered by offering oil, timber and alligator hunts in the Louisiana bayou is no surprise to those familiar with the 110-year old firm, but times are changing.

President Susan Corrigan, who took the helm at St. Martin Land in 2012, said that the firm has been diversifying from its oil and gas roots, most recently by buying or taking majority ownership stakes in private companies within driving distance of the company’s Cedar Rapids headquarters.

St. Martin Land is on the lookout for ownership or controlling investments in companies with $750,000-$3 million in EBITDA (earnings before interest, taxes, depreciation and amortization).

“It’s a business owner that doesn’t have a logical succession plan,” Ms. Corrigan explained during a Jan. 11 speech to the Downtown Rotary in Cedar Rapids. “Maybe they want to be sure the business stays local or the employees stay intact. For that business, we’re a friendly buy-and-old. We’ve been around 110 years, and it makes a lot of sense.”
Diversification is another thing that makes sense now for St. Martin Land. Oil and gas revenue from the 15 producing wells on the company’s 22,500 acres of land, and 10,000 more acres of mineral rights in Louisiana have been the company’s bread and butter.

After selling 10,000 acres of land to the U.S. Army Corps of Engineers, the company began a major diversification push in 2003. Thomas C. Slattery, a Cedar Rapids real estate specialist, joined the board, and St. Martin Land bought valuable farmland at the northwest corner of the Wright Brothers Boulevard exit off I-380 in Cedar Rapids. A series of businesses have since leased or purchased land in of the 36-acre tract, including a new Kwik Star convenience store, which opened last October on two acres of land purchased from the company.

MetaCommunications is a fast-growing workflow software company with an impressive customer base that includes some of the world’s biggest and bestknown
companies, including Sony, Yamaha, Merck, Crate & Barrel and Pfizer.

St. Martin Land’s portfolio includes a number of direct commercial real estate investments, such as a 16,500-square-foot building between I-380 and the MedQuarter District in Cedar Rapids, two properties in Des Moines, and others in Kansas and Georgia.

Ms. Corrigan did not discuss the financial performance of the privately held
company, although it was clear from the pattern of growth she described that investors have been well-rewarded for their patience. In response to a Rotary audience question, she said, “St. Martin Land stock is hard to buy.”
The more than 200 St. Martin Land shareholders in 34 states and the United Kingdom are mostly descendants of the original 29 investors from Cedar Rapids and Mechanicsville, who pooled their resources in 1905 to buy 34,000 acres in the Atchafalaya Basin for $74,000. The land lies in St. Martin Parish, about a 30-minute drive from Lafayette, Louisiana.

The Iowans bought the land primarily for farming and timber, but after five years put it up for sale. In 1915, Ms. Corrigan said the owners took a vote on selling, but decided against it, “pending the oil and gas situation.”

The business didn’t exactly take off from there. In 1927, the Great Flood covered the land with about 12 feet of water that remained for months, killing or damaging most of the trees. In 1929, the country entered the Great Depression.
In the decade that followed, St. Martin Land was forced to sell some of its land to
pay property taxes, and investors had to pay into the company just to keep it afloat.
It would be 24 years from the time of the sale vote until St. Martin Land paid investors a dividend.

“We’re conservatively managed,” said Ms. Corrigan, who was a controller at Transamerica before joining St. Martin Land. “While we’ll take risks, those risks are done in very manageable bites, and there’s just a certain amount of patience the company has.”

Over the century of ownership, St. Martin Land has expanded its revenue sources from the Atchafalaya Basin. Along with timber leases, the company leases hunting rights to 14 different users for land tracts ranging from 80 to more than 2,000 acres, and leases more than 100 campsites” for outdoor enthusiasts. It also leases commercial property along the waterways, and a few thousand acres for rice and soybean production.
Guided and unguided hunting trips are a lesser source of revenue for St. Martin Land.
The company distributes 115 ‘gator tags’ per year, she said, helping keep Louisiana’s
wildlife population in balance.

Understanding the oil and gas industry has also helped shape the company’s investment strategy. One of its first external investments in 2003 was in Matador Resources. The company’s board members knew founder Joseph Foran personally, and had confidence in his abilities. The Amarillo, Texas, native has grown the company from no revenues in 2003 to a public company with a market capitalization of more than $1.2 billion. CBJ